To honor this date, we are happy to announce the release of the following titles: 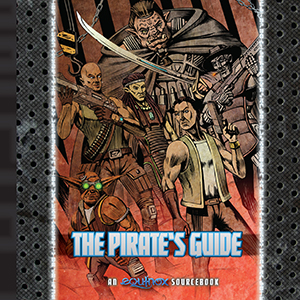 The Earth Belt threads through the eye of Gateway’s ring, an endless stream of billions of tons of broken rubble and debris averaging 5,500km in diameter, with some pieces as large as a small moon and others as small as a grain of sand. The fragments of Earth, its moon, and countless other planets, sucked in from other planes by the Nexus, are now spread far and wide for millions of kilometers along Earth’s original orbital path. The Earth Belt is far more than just an asteroid field; it is also sheathed in a powerful astral field, giving the belt a strange duality. It‘s a living place and, in the wake of the Great Netherwar, the hazardous center of trade in the Consortium.

The Pirate‘s Guide is a sourcebook adding further detail to the Equinox Universe. In this book, you learn more about the seemingly endless stream of rocks passing through the eye of Gateway Station’s ring. The Earth Belt is home to countless people, creatures, mysterious entities, and … pirates. 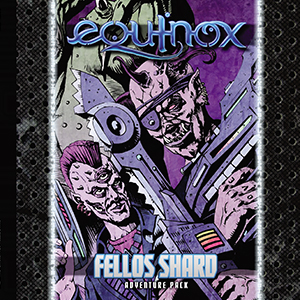 The distress beacon of the MFS Winter is calling from a deserted region of the Ceres Belt. What happened to the Vagrant freighter and what was its cargo? Was it attacked by pirates or did it encounter some other dangerous hazard? Is it a trap?

Close by lies the asteroid Tauron 5 and built on it the hidden pirate port of San Calvero. The Vagrant settlement is about to be shaken by a series of events threatening to destroy it. Is the sudden hardship just an old pirate feud boiling over? Or is there more going on behind the curtain?

Fellos Shard is an Adventure Pack set in the Equinox Universe. It contains a description of the pirate town San Calvero in the Ceres Belt, four sample characters, numerous adventure hooks, and a full length adventure covering the struggle of the Vagrant settlement and shining some light on the many secrets that lie in the asteroid’s past.

In other news, we are also happy to announce a third release today. The Supragen Startup Guide is a small roleplaying game set in the universe of Jeremiah L. Schwennens Omnigenos Chronicles novel series. 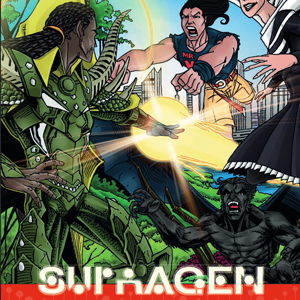 Experience a game of fast-paced superheroic action set in the universe of the Omnigenos Chronicles! Players take on the roles of superpowered people known as omnigeni, who are gifted with incredible abilities. While many accept the heavy responsibility of using those pow-ers for good, some choose to go down a different path. Heroic teams of omnigeni are all that protect the ordinary people of Earth from the dangers these superpowered villains pose… and through this game, you decide how the adventures of these heroes unfold.